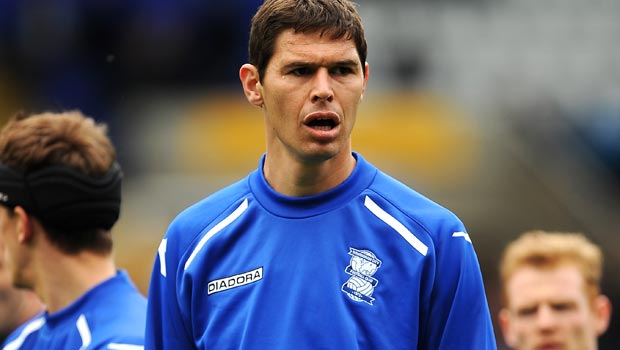 Milan Calasan, the agent of former Birmingham striker Nikola Zigic, has revealed that Arsenal have offered him a one-year contract as Arsene Wenger looks to try and find some cover for Olivier Giroud.

Giroud picked up a knock after coming off the bench to play a huge role in helping Arsenal, who are priced at 8.00 to win the league this season, come from 2-0 down against Everton to seal at share of the points at Goodison Park last weekend.

The Frenchman is waiting for results after undergoing scans with initial reports suggesting that he may have broken his ankle.

Reports coming out of the Emirates have suggested that Wenger is happy enough with his current options and won’t look to add anyone else even if the results mean Giroud would be out for an extended period of time.

Arsenal can call on Alexis Sanchez, Lukas Podolski, Joel Campbell, Yaya Sanogo and Theo Walcott in attack if the worst case scenario of three months out for Giroud comes back from the specialist.

However, Calasan has revealed that Zigic, who joined Blues in 2010, has been approached by the north London club after he was released by Birmingham at the end of last season.

Calasan said: “He was offered a contract to the end of the year, with an option to extend until the end of 2015.

“We will see what happens, but everything Nikola has to decide.”

The 33-year-old was the highest earner at St Andrew’s and, despite scoring a goal to keep the Blues up on the final day of last season, was released and is now looking for a new club.