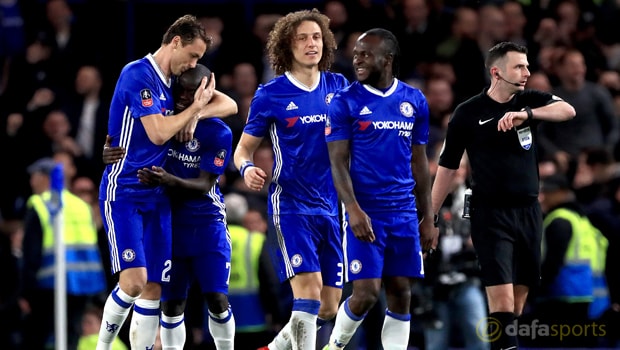 Former Chelsea winger Pat Nevin believes it is almost unfair on their rivals that the Blues have a midfielder as complete as N’Golo Kante in their ranks.

Former Leicester City man Kante scored the only goal of the game on Monday evening as the Blues saw off Manchester United 1-0 in the FA Cup sixth round, capping another all-action display with a sweet strike from 20 yards.

And Nevin feels that France international Kante is the key figure behind the Blues dominating English football so far this season.

He told the club’s official website: “If you use the word dynamism, I believe you are legally obliged to say the name N’Golo Kante in the same sentence.

“If he actually starts regularly scoring goals like the one he smashed in to win this tie, then it is just bordering on unfair on the rest of the teams. Once again he was exceptional, world-class.”

Holding a ten-point lead at the top of the Premier League table, the Blues are back in action on Saturday afternoon, when they head to the Potteries to take on Stoke City.

Chelsea have been beaten on two of their last three league visits to Stoke, going down 1-0 last season as Marko Arnautovic netted the only goal of the game.

The Blues took the honours when the two sides met on the final day of 2016, recording a 4-2 victory at Stamford Bridge, with a second goal of the game from Willian and a late Diego Costa clincher eventually subduing the visitors, who twice came from a goal down to draw level.