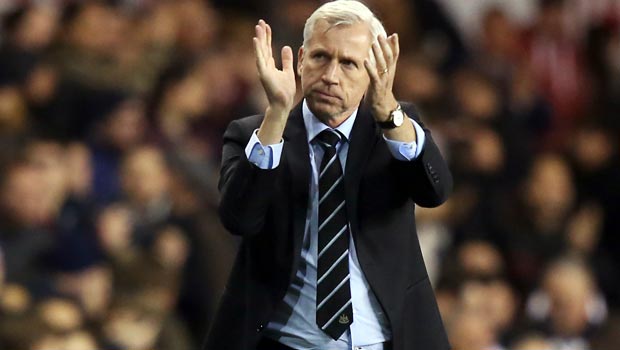 Newcastle United boss Alan Pardew has challenged his players to pick up two victories this week starting with their Capital One Cup clash against Tottenham on Wednesday night.

Pardew’s side were stunned on Saturday as they fell to a 4-1 defeat at the hands of Arsenal in the Premier League.

That result was a bitter blow for their top-four chances but they must now switch their attention to another competition.

A victory on Wednesday will see them move into the final four of the competition, alongside Chelsea and Sheffield United, who both picked up wins on Tuesday.

The Magpies will be without a host of first-team players for the clash as Pardew continues to chop and change his squad.

Newcastle have the chance to reach the final four of the Capital One Cup for the first time since 1976 and Pardew is also looking ahead to the Tyne-Wear derby against Sunderland on Sunday.

The two games could be crucial in Newcastle’s season and Pardew has challenged his players to pick up results in both games.

He said: “We have a really big week in front of us in terms of two great games and we are going to try to win them both. I don’t see one of the games as any less important that the other.

“If we win this, we have got all the momentum we need going into the derby. It’s a difficult game, but our last two in the cup at Crystal Palace and Manchester City were difficult too, both away games.”