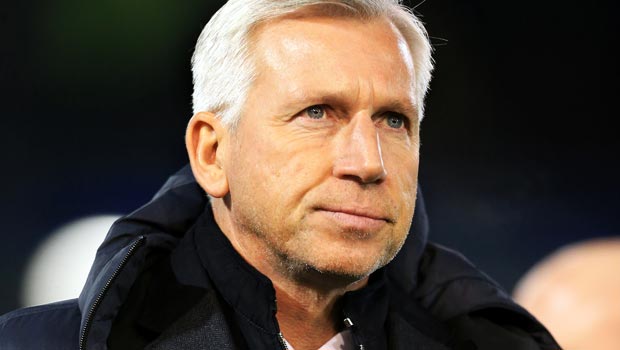 Newcastle boss Alan Pardew said it was a “huge honour” to be named Barclays Premier League Manager of the Month for November.

Pardew picked up the monthly prize after guiding the Magpies to three wins last month over Liverpool, West Brom and QPR as their resurgence gathered pace.

Pardew was chosen despite strong competition from Manchester City manager Manuel Pellegrini, Chelsea boss Jose Mourinho and Burnley’s Sean Dyche and comes off the back of last weekend’s 2-1 win over Chelsea as his side became the first to beat the Londoners this season.

The award signifies a remarkable turnaround for Pardew, who appeared to be on the brink of the sack at the start of October with fans unhappy at Newcastle’s dismal start to the season.

Many were vocal in calling for his head at St James’ Park but a 1-0 win over Leicester on October 18 sparked a brilliant run of form, which they are still on, having won six of their last eight games to move up to seventh in the table, only four points behind fourth-placed West Ham.

He told the official club website: “It is a huge honour to be named Barclays Premier League Manager of the Month.

“It is nice to be recognised for our results but we will not get carried away by this and will do everything we can to make sure December is just as good a month for us.

“Our recent form has been a real team effort both on and off the pitch. The players have been fantastic during this time and huge credit must also go to my staff, who work tirelessly behind the scenes.”

Newcastle go to Sunderland on Saturday and are huge 8.18 outsiders to win, with the Black Cats on offer at 1.39 and the draw available at 4.38.

Sergio Aguero, meanwhile, picked up the Player of the Month award after the Man City forward struck three goals in four games across November for the champions.