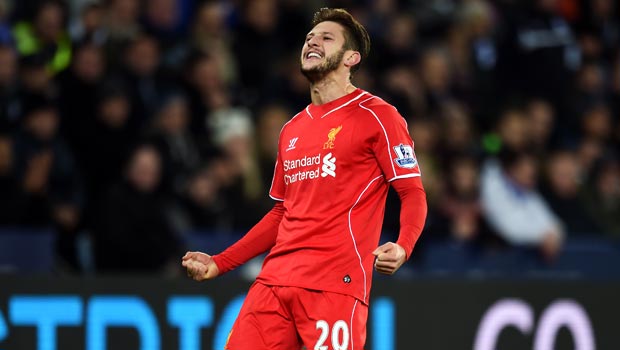 Liverpool midfielder Adam Lallana is expected to be fit for Sunday’s big clash at Manchester United despite the fact he has been hampered by two fractured ribs in the last 10 days.

The summer signing from Southampton suffered the injury in the win at Leicester City on December 2 but details of it have only emerged in the past 24 hours as the Reds had hoped to keep the problem under wraps.

Lallana had a pain-killing injection so he could start in last weekend’s goalless draw against Sunderland but he was then left on the bench on Tuesday as the Reds were dumped out of the Champions League when drawing 1-1 with Basel.

The decision not to use the England international against the Swiss side mystified plenty of fans and pundits but the injury news may go some way to explain his omission.

Liverpool’s medical staff are confident Lallana will be available for the trip to Old Trafford this weekend as Brendan Rodgers’s side look to secure what would be a morale-boosting victory at the home of their traditional rivals.

Rodgers’s position has come under scrutiny following several poor performances this season and the European elimination at the group stage has only increased the pressure on him further.

His options for the United clash may, though, be swelled by the return to action of Mario Balotelli, who has missed the past month due to a groin injury.

The Italy international is back in training and may be included in the squad, even if a place on the bench is probably the best the former AC Milan and Manchester City striker can hope for.

Liverpool, who are sitting down in ninth place in the Premier League and are six points behind fourth-placed West Ham, are 4.65 outsiders to beat United, who are on offer at 1.80, with the draw is available at 3.34.