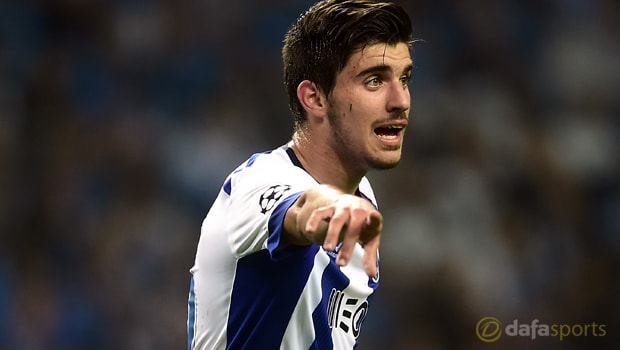 New Wolves midfielder Ruben Neves is confident his team can challenge for honours this season after completing his move from FC Porto.

The Championship club, 13.00 to win the title, broke their transfer record for the third time in 12 months as they snapped up the 20-year-old for a fee believed to be around £15.8million.

Wolves’ owners, Fosun, have a solid relationship with Portuguese agent Jorge Mendes and the two parties worked tirelessly to bring the youngster to Molineux.

He will also be joined by defender Willy Boly, who completed a season-long loan move, and the pair will be hoping to help Nuno Espirito Santo’s men kick on.

Nuno worked with Neves at Porto last season and the midfielder admits he has been impressed with the club’s squad.

He told the Wolves official website: “I have always wanted to play in England and we have a good team. “I think we can do good things this season.

It is also a good opportunity for me to work again with a trainer I worked with last year.”

Neves played for Portugal’s Under-21s side last month at the European Championships and he is expected to feature for the senior team in the coming months.

Boss Nuno believes he will prove to be a solid signing and has praised his leadership qualities despite his tender years.

He told BBC Midlands Today: “Ruben is a very good player who can bring new things to our squad. I know him well, I worked with him last year.

“When a player who is 18 years old is captain of a big team like Porto, in the Champions League, it says a lot.”