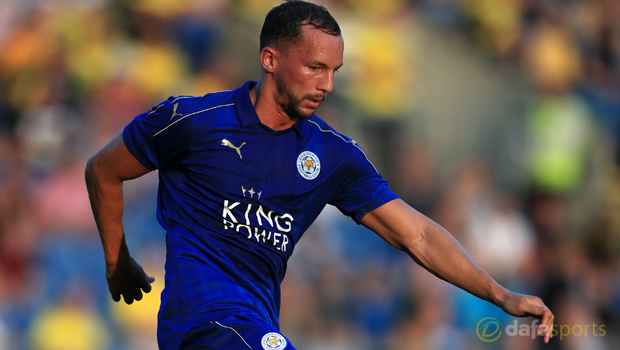 Leicester have confirmed that Danny Drinkwater has signed a new contract which ties him to the club until the summer of 2021.

The midfielder arrived at the King Power Stadium in January 2012 and has gone on to establish himself as a vital member of the squad.

Drinkwater’s best form came last season, as he played a key role in steering the Foxes to their first-ever top-flight title.

The 26-year-old was rewarded for his exploits with a first England cap in March and, after missing out on a place at Euro 2016, will be hoping for a recall from new boss Sam Allardyce.

He has now joined the likes of Riyad Mahrez, Jamie Vardy and Kasper Schmeichel among the crop of stars who have signed fresh terms for the champions in recent months.

Having experienced play-off heartache, promotion and near relegation in his time in Leicester, Drinkwater had picked up plenty of experience before last year’s surprise title win.

The midfielder admits he was delighted to have been offered the chance to extend his stay and has thanked the club for the support they have shown him over the years.

He told the Foxes’ official website: “I’ve loved playing for this Club, it’s been perfect for me and my career and I want to be here for a long time to come.

I couldn’t be happier. “I’ve grown a lot as a player and a person in the last four years and Leicester City has been a massive part of that.

I owe a lot to the staff here for helping me get to this point – they’ve been quality.

“And I love being part of this team. We’ve been through so much together and I’m sure there’s a lot more to come.”