Napoli: Rafa Benitez urges Partenopei to take the ‘next step’ 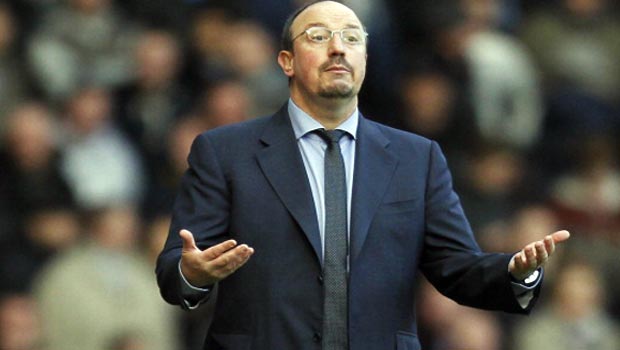 Rafa Benitez admits Napoli need to strengthen their squad in the summer to mount a lasting fight for the Scudetto, but refused to comment on transfer speculation ahead of this weekend’s Coppa Italia.

Benitez has been linked with a move to sign his former Liverpool holding midfielder Javier Mascherano from Barcelona and the Argentine international looks to be the type of player Napoli need to take what the Spanish coach calls that “difficult final step”.

The Partenopei are set to finish third in Serie A this season, disappointing many of their fans who thought a Scudetto fight was on the cards when Benitez arrived with Gonzalo Higuain in tow last summer.

“For the fans who criticise De Laurentiis I say to look at where Napoli were seven years ago and where they are now,” he said.

“The difficulty now is in taking the next step. We are at a high level, but we still face the most difficult step. Trying to stay at this level and going higher is not easy. We will try and this is important.

“We are trying to create a structure. A strong squad and a structure behind it will allow us to win.

“We know that we need players with different characteristics to those in the squad. Henrique and [Faouzi] Ghoulam have given us greater balance in defence and even given us greater security in the air.”

Benitez refused to comment on speculation that Mascherano is on his summer shopping list out of respect for the player and his current club, who are still fighting for the La Liga crown.

He added: “Mascherano? He is a great player, but I do not like to talk about it now because he is still at Barcelona and has to try to win something with his club.”

Napoli, who are 1.65 in the +0 goal Handicap betting, hope injured striker Higuain could be fit for Saturday’s Coppa Italia final against Fiorentina, 2.33.

Higuain hurt his right leg during Saturday’s goalless draw at Inter Milan and is doubtful for this weekend’s big game in Rome.

The good news for Napoli is that the tests carried out on the Argentina international on Monday ruled out any serious injury.