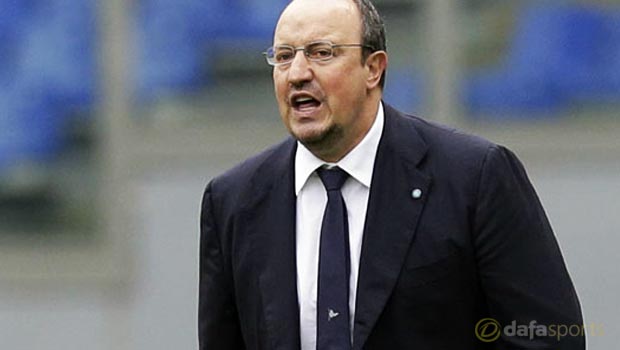 Napoli boss Rafael Benitez will become the next manager of Real Madrid according to the agent of Carlo Ancelotti, who has been relieved of his duties at the Bernabeu.

Despite winning the Champions League in the last campaign, Ancelotti was given his marching orders on Monday following a disappointing season in which Real failed to add to their trophy cabinet.

Club president Florentino Perez announced the time has come for a “change of direction” and they could now turn to Benitez, who is the hot favourite to become Real’s 13th coach since 2003.

Ancelotti’s representative Ernesto Bronzetti certainly believes that will be the case, and expects the 55-year-old Spaniard to be announced sooner rather than later.

“Benitez is 99 per cent sure to go to Real,” he told Italian television.

Jurgen Klopp, Michel and Unai Emery have also been linked with the Real post but for now it looks as though Benitez is the frontrunner, although any announcement will be on hold until the Serie A season finishes on Sunday.

Napoli wrap up the season with a home game against Lazio but even if they win it will not be enough to secure a top three place and Champions League football.

As for Ancelotti, the Italian has been linked with a return to his homeland, but Bronzetti expects his client to take a break from the game to recharge his batteries.

“As of right now, Ancelotti wants to take a year’s break. That’s his intention,” he said.

“At Real Madrid you can be sacked if you don’t win any trophies in a season.”