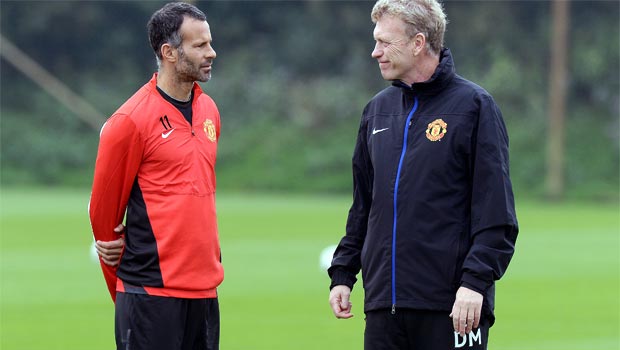 Manchester United boss David Moyes doesn’t believe that Ryan Giggs is ready to retire, despite him approaching the age of 40.

Giggs will celebrate his birthday next Friday, but the former Wales player is still a key part of Moyes’ squad, as well as taking on a coaching role in the summer as Sir Alex Ferguson departed.

The midfielder, who could make his 952nd appearance for the club this weekend against Cardiff, has impressed Moyes since he took charge of the club.

When asked about Giggs’ future, Moyes admits he could well play on next season.

“He’s a specimen, an incredibly fit lad,” Moyes is quoted in The Observer.

“The Premier League has seen some outstanding players but because of his ability and his longevity Ryan has to be just about the best. If you conducted a poll among the players I would be surprised if Ryan didn’t come out on top.

“Having seen him at close quarters and got to work with him these last few months I can’t imagine how good he must have been in his prime. In a way I wonder if he has actually got better with maturity, the way he sees the game a bit more.

“It’s great for us because he is someone we can fit in any time. We can use him as a midfield player, behind the striker, out wide, almost anywhere because of his intelligence.

“Ryan knows he isn’t going to play in all the games at his age but he accepts that. But Ryan doesn’t look as if he is at that point yet, so who knows? He doesn’t look like a 40-year-old man either.”