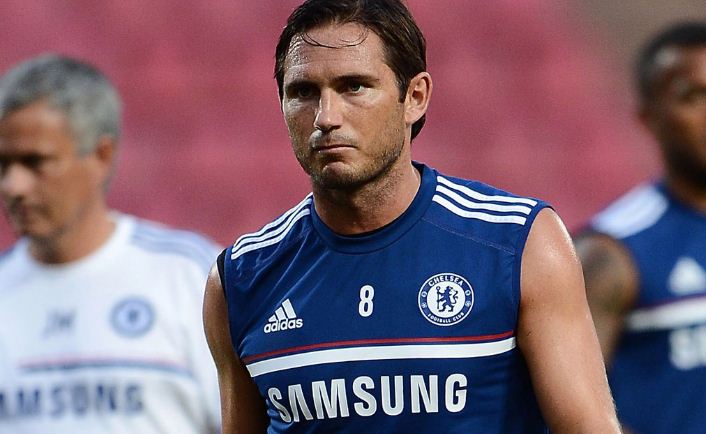 Jose Mourinho admitted he will have to manage how much time on field Chelsea’s Frank Lampard gets in upcoming season but insisted England midfielder is as talented as he was a decade ago.

The former West Ham United youngster, who joined the Blues back in 2001, enjoyed a superb individual campaign last season, as he became the club?s all-time leading goalscorer.

Despite his fine form for club and country, Lampard?s future was in doubt under interim boss Rafael Benitez and a move to the MLS was being touted, with the 35-year-old?s contract at Stamford Bridge coming to an end.

The England international did eventually get offered a contract extension by the Blues and is now ready for a new season, which holds the excitement of having Mourinho back in the dugout.

Having been a key player in helping Chelsea win two Premier League titles in Mourinho?s first spell in charge of the London outfit, the Portuguese tactician feels Lampard is just as important now but he will need more rest between key games.

Mourinho said: “I believe he is the same player, with the difference of, he is 35 and the time to recover from match to match is not the same for a man of 25 to a man of 35.

“The role doesn’t have to change. What has to change is the way we analyse competition. Before we didn’t analyse, before it was ‘every

“He can’t play 60 matches like he did before, but the quality of the player and what he represents for the way I like to play football is exactly the same.”