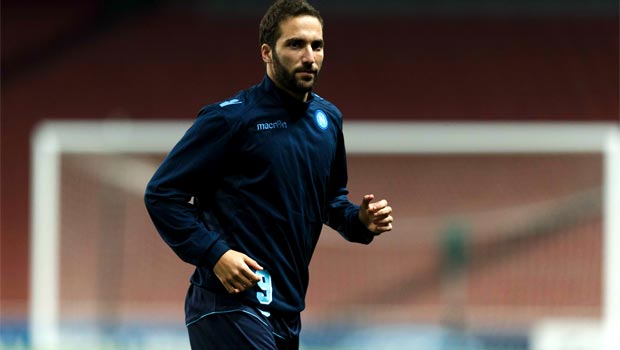 Jose Mourinho has denied reports suggesting he has made a bid for Napoli striker Gonzalo Higuain and says he is not in the hunt for a new forward.

Reports that Mourinho is unhappy with his strikers have refused to go away and the latest speculation linked the Portuguese with a £50million move for Higuain.

Mourinho knows the Argentina international well from his time at Real Madrid, but the Blues boss says there is no way his current club Napoli will cash in before the window closes.

Mourinho refused to rule out completely having any interest in the player, but says any move is a non-starter.

A host of other strikers, including Monaco’s Radamel Falcao, have also been linked but Mourinho seems happy with Fernando Torres, Samuel Eto’o and Demba Ba for now.

“It’s not a priority, it’s not an option. We have three,” he added.

“This squad is good enough for my first season, and for the objectives of the first season.

Meanwhile, Mourinho has also played down reports Juan Mata wants out of Stamford Bridge and says he would not consider selling him to a rival Premier League club.