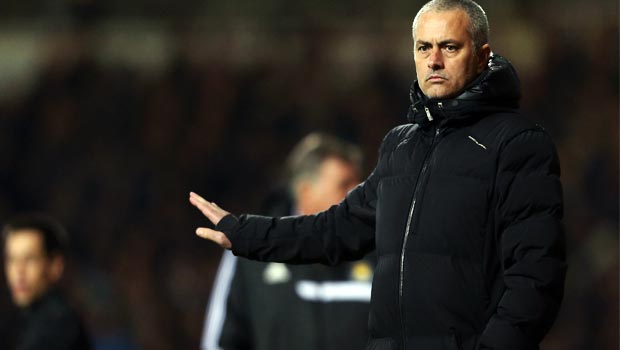 Jose Mourinho has vowed to learn from Chelsea’s lackluster 1-0 Champions League defeat at Basel by utilising all of his squad in December’s hectic fixture schedule.

The Blues boss witnessed his side fail to register a single shot on target throughout the 90 minutes of their Group E encounter at St Jakob Park on Tuesday evening, while Mohamed Salah’s late strike sealed the win for the Swiss outfit.

The 2012 European champions still progressed to the knockout stages with a game to spare after Schalke drew 0-0 at Steaua Bucharest.

Afterwards Mourinho appeared to accept the blame for the defeat given that he opted to make just one change from the starting XI which won at West Ham on Saturday.

Therefore, as the Portuguese tactician looked ahead to a busy December, he vowed to adopt a rotation policy with the visit of Southampton on Sunday starting a run of nine games in the month.

“Clearly I got signs of fatigue,” Mourinho said. “I got signs of players in trouble to play two consecutive matches in three days.
“That will push me, for sure, to make different kinds of decisions. That’s obvious.

“In some positions we have that situation resolved in a very easy way because we have lots of players to play the attacking positions on the right, on the left, behind the striker.

“We’ll make decisions, again not to punish players, because I don’t punish players when I’m not upset and when I’ve found a reason for a not-good performance.

“It’s not a question of punishment, it’s a question of using the squad and the options we have and to make changes when we have so many consecutive matches.”

Mourinho welcomed Fernando Torres back from injury during the Basel game, but he could now be without Samuel Eto’o for a spell after he was taken off on a stretcher in the first half and faces a scan to determine the extent of his leg injury.