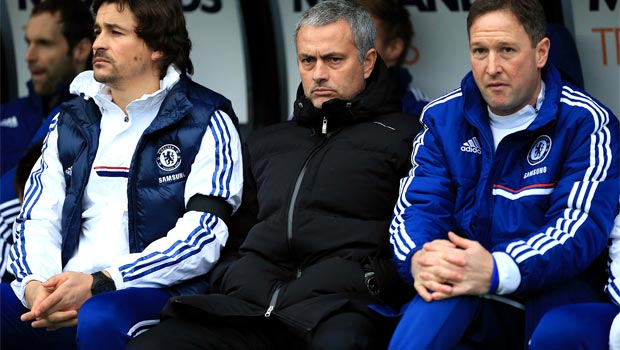 Chelsea boss Jose Mourinho has refused to say whether or not he will make a fresh attempt to sign Manchester United striker Wayne Rooney during the transfer window.

Mourinho tried to land Rooney in the summer, as rumours suggested he wanted out of Old Trafford, and he is known to have failed with at least two bids.

Both offers, thought to be in the region of £30million, were thrown out by United and Rooney has since knuckled down to fire home 13 goals in this campaign.

Mourinho will be envious as Fernando Torres, Samuel Eto’o and Demba Ba are nowhere near double figures and there have been suggestions Chelsea could make another move for Rooney.

However, Mourinho refused to be drawn on the rumours, saying: “I don’t want to speak about it.

“We play Man United in a few days. I don’t think it’s nice to speak about a Man United player.

Meanwhile, United may have had a difficult start to life under David Moyes but Mourinho believes they will go on to finish in the top four.

The Red Devils are five points adrift in seventh but Mourinho says that can easily be made up.

“I don’t think they have a problem,” the Chelsea boss added. “In this moment they are not top four in the Premier League, but they can be at the end of the season.

“A new manager, but a club with a fantastic culture of supporting the manager.

“I don’t feel any problem for David. He works. Better results will arrive and he will be for many years in the club and will reach good results.”