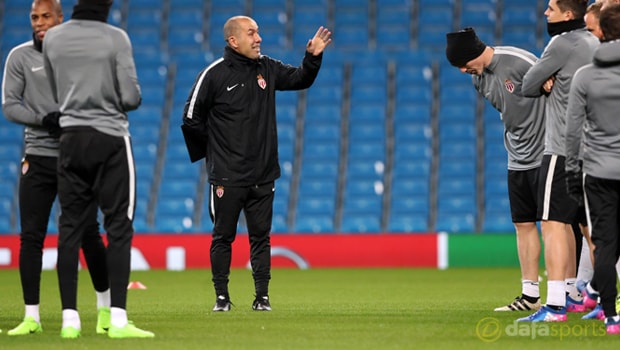 Monaco boss Leonardo Jardim insists his side will adopt their usual attacking approach when they take on Manchester City in the first leg of their Champions League last-16 tie on Tuesday night.

Les Rouges et Blancs have impressed so far this season, scoring 76 goals in their 26 Ligue 1 matches to date, to sit top of the domestic standings.

Jardim’s men also finished top of their Champions League group, losing just one of their six matches, and the former Sporting Lisbon coach insists his side will continue to attack at the Etihad Stadium.

“It does not matter who you play against, Paris Saint-Germain, Tottenham, Manchester City, whoever,” Jardim said at a news conference.

“It is in our DNA to play the way we play. “This will be our 11th game [in the competition].

We played four qualifiers, six in the group stage, and we have always played the same way.”

The 42-year-old is full of respect for the Citizens but believes attack will be the best form of defence against Pep Guardiola’s team.

He added: “City are strong in the transition, they have five forwards at some point when they pour forward.

They are good defensively, too, but we need to create difficulties for them and put them under pressure. We have watched them in their past five or six games.”

Monaco are 5.25 to secure victory while City are available at 1.62 to claim a first-leg advantage,with the draw on offer at 4.20.