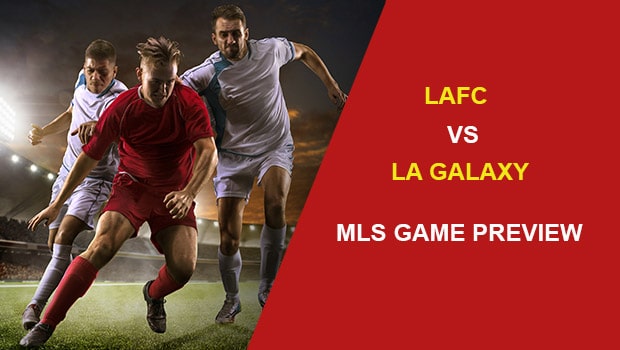 The MLS regular season returns this week and Rivalry Week will be in full swing, with Los Angeles FC hosting LA Galaxy on Saturday. The game will be played behind closed doors at Banc of California Stadium in Los Angeles with no fans in attendance because of the COVID-19 pandemic.

Los Angeles FC scored four second half goals in a 6-2 rout of LA Galaxy in the MLS is Back Tournament. Everyone was shocked by this outcome and Galaxy head coach Guillermo Barros Schelotto said that his team quit in the second half.

LAFC lost to Orlando City by penalties in the quarterfinals of the MLS is Back Tournament while Galaxy finished last in their group and winless this year.

Momentum: LA Galaxy has been on a downward trend — with 0 wins in their last 6 games overall.

Two-star (out of four) AccuScore hot trend pick on Los Angeles FC in this one. Average score in simulations is Los Angeles FC 2.99 to LA Galaxy 1.53.