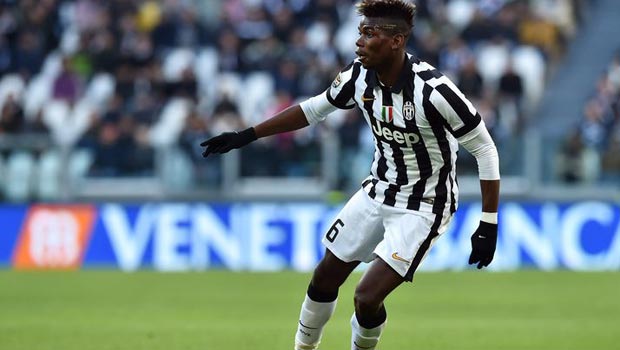 In-demand Juventus midfielder Paul Pogba will leave the Serie A champions within the next two years, according to his agent Mino Raiola.

Pogba has been with the Turin-based club since August 2012 after he refused to sign a new contract with Manchester United and was available for free.

The 21-year-old has gone on to become one of the most highly-rated midfielders in Europe and has started attracting interest from some top clubs.

The France international has netted eight times in 26 appearances this season and put in a man-of-the match performance in a 2-0 win over Chievo at the weekend.

Raiola, who recently pulled out of the running to become the next FIFA President, admitted that it is unlikely his man will leave the Serie A outfit in January but he expects him to move on eventually.

The super-agent also added that he felt the midfielder would only be available for a world-record fee, Gareth Bale is currently the most expensive player ever after joining Real Madrid for €100million last summer.

Raiola said: “If Paul leaves Juventus, it is for the absolute top. If it does not happen this year, it will be next year.

“Paul is the only major star who is available at the end of the season. If you cannot take Cristiano Ronaldo, Lionel Messi or Zlatan Ibrahimovic, you can only go for Paul.

“If someone wants him, the market situation could see him go for more than 100m euros.”

Massimilliano Allegri’s side return to action on Saturday and can be backed at 1.41 to extend their lead at the top of the table when they take on Udinese, who are priced at 7.90 to pick up all three points.