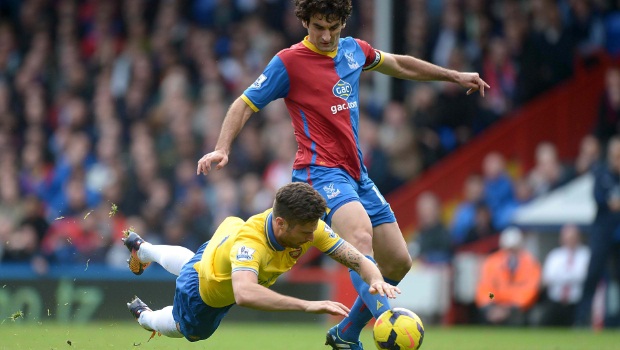 Crystal Palace caretaker manager Keith Millen believes Saturday’s performance in their Premier League defeat to Arsenal shows his side are capable of staying up this season.

Eagles boss Ian Holloway departed the club earlier this week after watching his side go down 4-1 at home to Fulham and the board are yet to announce his successor, with former Bristol City manager Millen being placed in temporary charge.

The 47-year-old made a number of changes to the starting XI for the Gunners clash and his calls appeared to pay off, as the South Londoners matched their more illustrious opponents all the way in the first half.

Unfortunately though, Arsenal’s class eventually showed through, with them running out 2-0 victors thanks to goals from Mikel Arteta and Olivier Giroud.

However, there were plenty of positives to take from the game and Palace can now head into next Saturday’s clash at West Brom fresh in the knowledge that they can compete at the highest level.

It is still unclear if Millen will still be in charge for that game but the caretaker believes the performance against the Gunners will only attract possible candidates and feels they have shown they are good enough to earn more points in the Premier League as they look to avoid relegation.

“I think it is a great club,” Millen told the club’s official website. “It’s in a good financial position, and you’ve got four great owners who really want to achieve something at this club.

“Also you look at the group of players today and people who are interested in the job will look at that and think ‘I’ve got something to work with there’. If they keep going like that, they will pick up points.”