Mike Ashley: ‘Rafa is the man’ 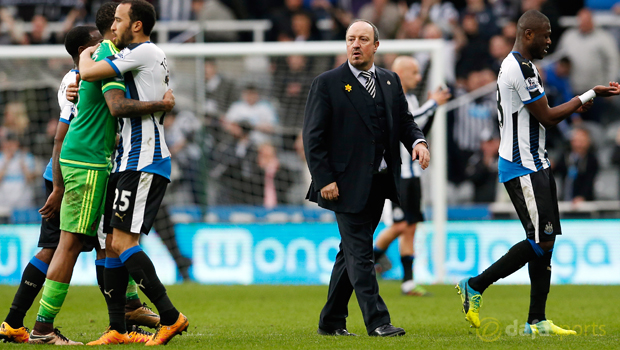 Newcastle United owner Mike Ashley is confident new manager Rafael Benitez will be able to steer the club away from relegation this season.

The former Liverpool and Real Madrid boss was appointed as Steve McClaren’s successor on March 11 after a terrible run of results had left the Magpies in the bottom three in the Premier League.

Benitez’s first game in charge ended in a 1-0 loss against Leicester City at the King Power Stadium, although there were clear improvements made.

Sunday’s clash against local rivals Sunderland was absolutely crucial for both teams but neither were able to claim bragging rights, with the match ending 1-1.

Newcastle are still sitting in 19th place after the home draw, one place and a point behind the Black Cats, and their next outing could define their season.

An away trip to Norwich, who are three points ahead, is next up for Benitez and the visitors will be hoping to replicate the 6-2 win recorded in the reverse fixture.

Newcastle, who have not won any of their last five Premier League matches, are the outsiders to clinch all three points at 3.30, a draw is priced at 3.20 while the Canaries are 2.20 favourites.

Ashley, who has vowed to stay on even if the club are relegated this season, is adamant the Spanish manager will provide the boost needed to stay in the top flight.

He told Sky Sports: “I think we’ve got the right man in the job. If there’s any chance of us staying up – let’s hope Rafa can do the business and keep us up.”