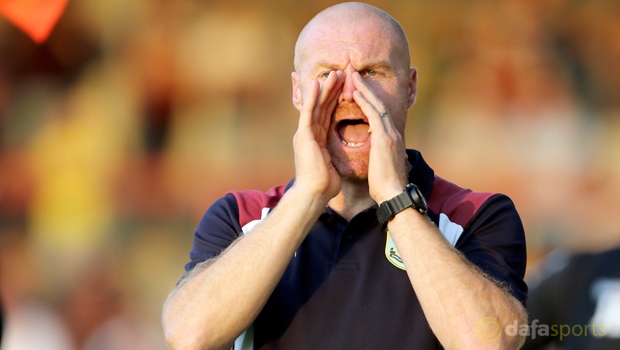 Burnley boss Sean Dyche is confident summer arrival Johann Berg Gudmundsson can establish himself as a key man for the Clarets in the season ahead.

The Turf Moor outfit swooped to land the Iceland international on a three-year deal for an undisclosed fee from Charlton earlier this month.

The 25-year-old, who started for Iceland in all of their Euro 2016 fixtures this summer, topped the Championship assists chart alongside Brentford’s Alan Judge last season, despite Charlton’s relegation, and Dyche feels he can star for the Clarets in the Premier League.

“Johann, we feel, is a quality player who we saw last season playing at Charlton in a tough time and we liked the quality he showed,” Dyche said.

“It helps to see a player in the European Championship with that kind of company and he did well there, so it was one we all agreed would be a good acquisition for the club and we look forward to working with him going forward.”

Burnley have been fairly quiet in the transfer market this summer, with Gudmondsson one of just three new arrivals so far.

Dyche has also snared 24-year-old keeper Nick Pope from Charlton and young striker Jamie Thomas from Bolton Wanderers, although neither is likely to be a first-team regular next season.

Gudmondsson’s arrival should help ease the blow of losing veteran midfielder Joey Barton, who decided to join Rangers as a free agent rather than extend his stay with the Lancashire club.

Burnley are 2.50 to win their season opener against Swansea at Turf Moor and 1.83 to be relegated.