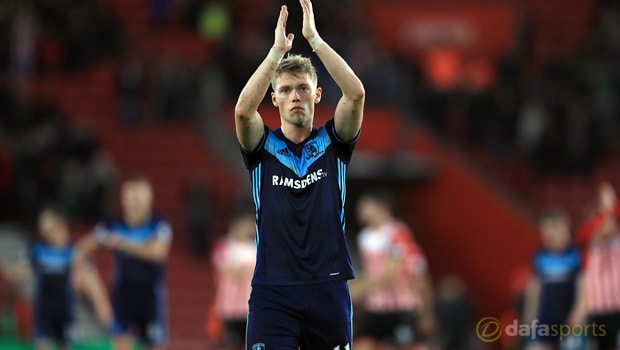 Middlesbrough winger Viktor Fischer believes his side will need to provide more of an attacking threat if they are to climb the Premier League table.

Aitor Karanka’s side have made a decent fist of their return to the top flight, with their performances largely built on the solid foundations laid in defence.

However, it has cost them in attack and they are currently the lowest scorers in the division, with just 13 goals from their 15 outings.

Sunday again saw Karanka’s men fail to unlock their opposition as they went down 1-0 at Southampton, a result that left them 16th in the table, with Boro now 6.00 for relegation.

Boro’s promotion last term from the Championship was built on their ability to keep teams at arm’s length and Denmark international Fischer was one of the signings brought to the Riverside to add extra creativity.

The former Ajax man believes his side are losing too many close games and feels playing with more attacking flair could be the key to their chances of Premier League survival.

“We’ve been competitive in every game we’ve played – we just have to start winning more of these tight matches,” Fischer said.

“We believe we can do it, but we have to put that belief into practice. “There are never really a lot of goals scored against us – Tottenham scored twice and Everton got three – but in most matches we have shown we can work really hard defensively.

“We just have to take that on and strike a bit more on the attack now because we had a bit of difficulty creating things on the attack against Southampton.”