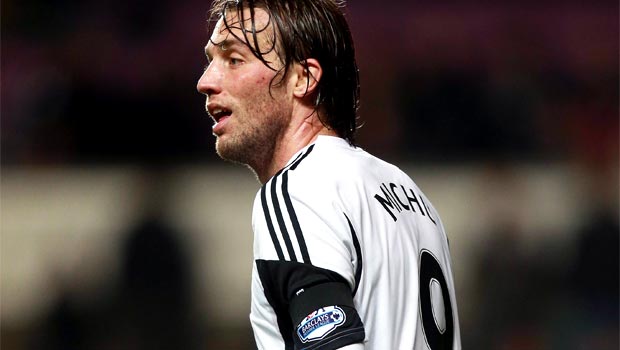 Swansea striker Michu has suggested that he may be tempted by a move away from the Liberty Stadium in January.

The Spanish striker has been a revelation since joining Swansea from Rayo Vallecano, and his form has alerted a number of top Premier League outfits including Liverpool.

Liverpool boss Brendan Rodgers has already made it his intention to strengthen in the transfer window, especially since both Steven Gerrard and Daniel Strurridge are out until the new year.

That leaves goalscoring options thin on the ground if Luis Suarez were to pick up an injury, and Michu would be a welcome addition at Anfield.

So far, Michu has stayed put in Wales, but cannot be blamed for moving on if one of the top four in particular knocked on the door.

At the age of 27, he still has plenty of seasons ahead of him, but of course his current boss Michael Laudrup has his own agenda, not least going as far in the Europa League as the Welsh side can.

Michu said: “Every player dreams about playing in big teams; clubs that play in the Champions League and fight for titles and I am no different.

“But it is true that I feel very good here, the boss gives me a lot of confidence and I’m surrounded by Spaniards. I am very pleased and very happy at Swansea but it is obvious that every player wants to grow up and see how far you can go.”

Swansea are ninth in the Premier League table at present and make the long cross-country journey to Norwich on Sunday.