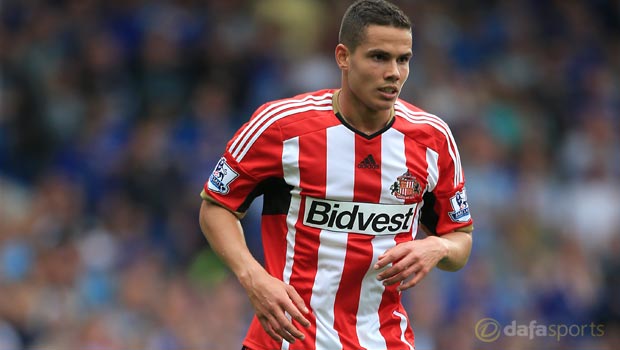 The Black Cats were involved in a relegation scrap for a second consecutive season last term but managed to scramble to safety yet again.

Back in the 2013-14 campaign it was Gus Poyet who pulled the team away from the bottom three, however the Uruguayan struggled last season and was replaced by Dick Advocaat.

It looked like Sunderland were destined for the Championship at one point but the Dutchman did enough to keep the Wearside outfit in the English top flight.

Advocaat, who has since signed a new one-year contract as manager, needs a huge overhaul of the current squad but Proctor has tipped three players already at the Stadium of Light to play a big part.

Giaccherini arrived at the club back in 2013 but the Italy international has suffered numerous injuries and has only featured over 30 times.

Rodwell is another who has endured a stop-start spell with the Black Cats and the Englishman’s time on the pitch has been limited since arriving from Manchester City last summer.

Defoe was brought in back in January to help fire the team to safety but the striker only found the back of the net four times, although one goal came in the 1-0 success over Newcastle United.

Proctor is feeling optimistic ahead of the new season and believes the trio will be vital to Advocaat’s plans.

“Getting a fully fit Giaccherini back will be like making a new signing,” he said. “He barely played last season and he’s a top, top international player.

“Jack Rodwell had a tough season but again we know what he can be capable of. For me, one of Dick Advocaat’s biggest challenges is to get the best out of him next year.

“If we create chances, Jermaine Defoe will score goals. When you’ve got him in the side, if you give him chances he’ll put the ball in the net.”

Sunderland are 3.75 to beat Leicester City at the King Power Stadium on the opening day of the new Premier League season.