Michael O’Neill quick to praise his players in defeat 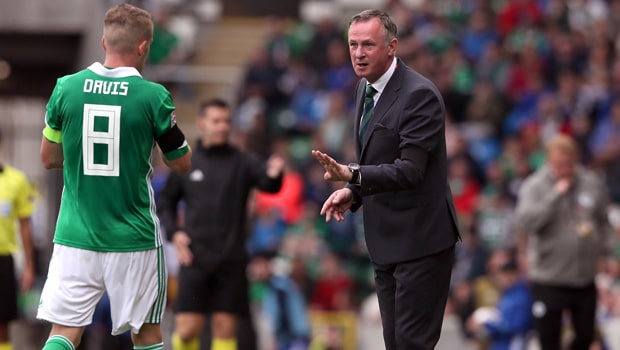 Northern Ireland coach Michael O’Neill was quick to praise his team despite seeing them lose 2-1 to Bosnia-Herzegovina on Saturday afternoon.

The two teams met in Group G of the UEFA Nations League and it was Bosnia that got off to the perfect start.

Haris Duljevic opened the scoring in the 36th minute when he tapped in Edin Dzeko’s cross from close range.

Elvis Saric then doubled the advantage after the hour mark, before Will Grigg scored what turned out to be a mere consolation in stoppage time.

Northern Ireland peppered the Bosnia goal and wasted a number of chances but O’Neill insists his team have plenty of positives to build on.

He told reporters: “We were dominant from the first minute to the last. I’m disappointed to lose the game, of course, but there were a lot of positives to take from our performance.

“We gave away two poor goals which is out of character for us, but once again we showed a lot of spirit and created a lot of chances.

“We played some fantastic football, our movement was excellent and for the first 30 minutes the game was played almost entirely in their half.”

Leeds United goalkeeper Bailey Peacock-Farrell made his full debut and could have a bright future and O’Neill was impressed by his display as well as other new faces.

“Bailey will be disappointed to concede two goals on his debut but I felt he looked assured and confident,” added O’Neill.

“Jamal Lewis was terrific and George Saville also looked great on what was only his third or fourth start for Northern Ireland.

“In fact, there wasn’t a performance from any of my players that I could be disappointed about.”