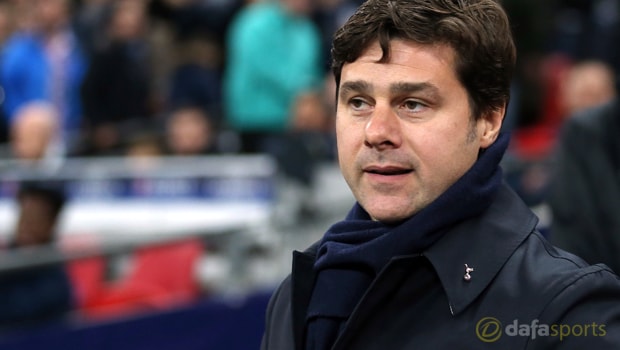 Mauricio Pochettino believes his Tottenham side are starting to find their feet again following Wednesday’s 3-1 win over CSKA Moscow.

Spurs rounded off what has been a tricky return to the Champions League with a comfortable victory against Leonid Slutsky’s men, a result that guarantees them the chance to continue their European endeavours after Christmas via the Europa League.

Injuries have made life tough for the Lilywhites in recent months, with them going down to both Monaco and Bayer Leverkusen in the Champions League, while despite only losing once so far in the Premier League, Pochettino’s men have fallen to seven points behind leaders Chelsea.

However, Wednesday’s result combined with Saturday’s 5-0 thrashing of Swansea suggests they are back on the right track ahead of Sunday’s trip to Manchester United.

The Argentine admits he has been encouraged by what he has seen from his team over the last few days and is confident that they have now successfully emerged from what has been a difficult period. ”

We are starting to show our real quality,” Pochettino said. “We struggled in the last month and a half because we have some problems, but we have all the squad nearly fit and we are stronger.

“You can feel the team is recovering that feeling that we can win every game. We have recovered that feeling maybe that we lost when it’s true, it was a bit of a struggle to compete.

“We need all the players fit to be strong and to compete in tough competitions like the Premier League and Champions League and it was unlucky that our struggle arrived in a busy period with important games.”