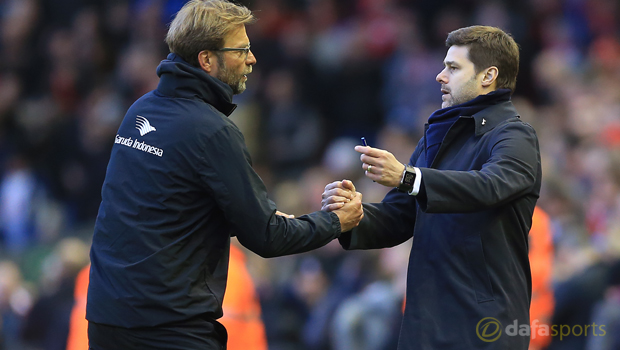 Tottenham boss Mauricio Pochettino believes his side deserved more from their 1-1 draw with Liverpool on Saturday.

Spurs, priced at 4.50 to win the title, fell behind to a Philippe Coutinho strike in the 51st minute. England international Harry Kane responded for Pochettino’s men just after the hour mark but they failed to find a winner despite having numerous chances.

Saturday’s result does move Spurs closer to Leicester, with four points now separating the two teams at the top of the table.

However, Leicester can move seven points clear if they beat Southampton on Sunday afternoon at the King Power Stadium.

Speaking after the game, Pochettino claimed his team deserved to grab all three points after their superior performance.

He told Sky Sports: “The first half was equal, but the second we were right there. We showed ambition and played well. Maybe we deserved more and the feeling after the game is we dropped two points.

“The game was hard, Liverpool are a very good team, but I am happy and very pleased with the performance.

“In the second half we were better and had the chances, in the first half too, but Liverpool also had some chances. But I am happy, there are a lot of games left, but today was a hard game against Liverpool.

“It is difficult to come to Liverpool and get three points. They matched up how we play, it was difficult to score the second goal.

“I am very pleased with the performance because we played to win, but sometimes in football you cannot always win.”