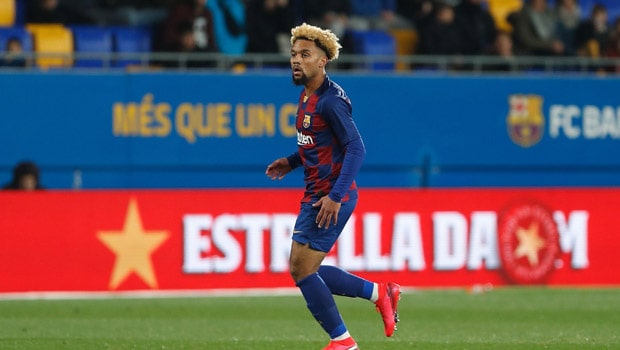 The shake-up continues at Camp Nou as Barcelona released Brazilian Midfielder Matheus Fernandes just less than 18-month into his five-year contract at the club.

Matheus Fernandes was signed in January 2020 from Palmeiras in a deal worth €7 million, with a further €3m to be paid in add-ons potentially.

However, after spending the rest of the 2019/2020 season at Rayo Vallecano, the 23-year old was released after making just a single Champions League appearance and a 17-minute substitute appearance in the La Liga for the Blaugrana.

His exit was announced through a statement by Barcelona on Tuesday.

“FC Barcelona has informed Brazilian player Matheus Fernandes that the club no longer requires his services and is terminating the contract he had until June 2025.” The statement said.

The player, who was born in Itaboraí on 30 June 1998, arrived at Barca in the 2020 winter transfer window but spent the remainder of the season on loan to Valladolid. He then joined the Barca senior team in the pre-season of 2020-21, however he was unable to get minutes in the season.

Similarly, American winger Konrad de la Fuente has moved to French Ligue 1 side Marseille. The 19-year-old who made just 3 first-team appearances during the last season was signed for €3m.

Meanwhile, defender Junior Firpo will be moving to Premier League side Leeds United after an agreement was reached to sign the defender for €15 million.

Firpo will be Leeds United’s first signing of the summer, although the 24-year old was initially linked with a move to Serie A.

However, more exits are expected from Camp Nou with Philippe Coutinho and Samuel Umtiti rumored to be close to exiting the club.