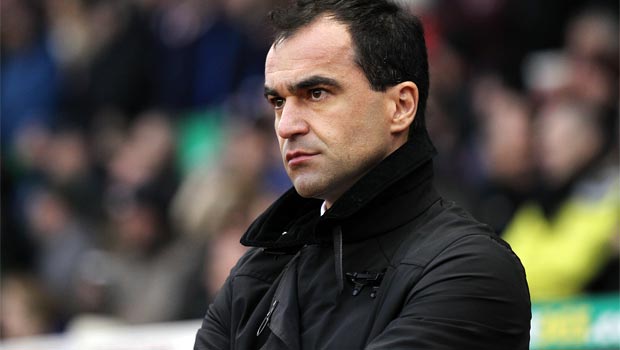 Roberto Martinez says Everton will try and strengthen their squad in January as they look to continue their bid for a European finish.

Despite the departure of manager David Moyes in the summer, the Toffees have been sensational this term, beating Manchester United and Chelsea, while also drawing with Arsenal, Liverpool and Tottenham.

All this has left them sat fourth in the table ahead of their New Year’s Day fixture with Stoke, a game they will expect to win following the Potters’ recent struggles in the Premier League.

However, this isn’t the first time Everton have found themselves in this sort of position during the middle of the season, and they have often previously fallen off the pace due to a lack of depth in their squad.

January presents them with the perfect chance to freshen up their ranks and Martinez says he is planning to bring in a number of new faces that will not only improve his side for the second half of the season but also make them a better team in the long run.

“Everything that happens needs to be to improve the squad, to give long-term to the strategy of the blend of youth and experience in the squad, and that’s based on football decisions.

“I can guarantee that’s going to be the case in January, 100 per cent.”

Martinez has also moved to reassure fans that the club will be able to keep hold of its stars such as Ross Barkley and Leighton Baines should other clubs come calling.