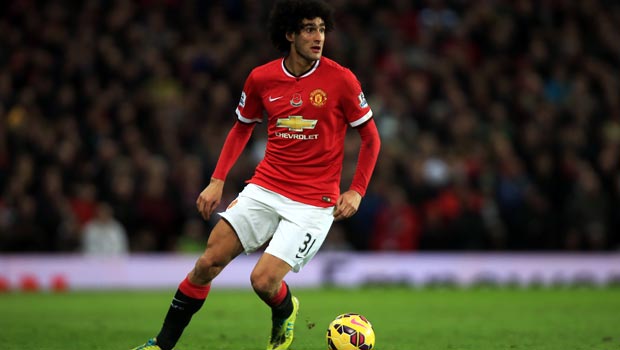 Manchester United midfielder Marouane Fellaini has insisted he never lost faith in his ability despite his sluggish start to life at Old Trafford.

The Belgian international, who made his name with Everton, was former United manager David Moyes’ big signing when the pair moved to United from Goodison Park.

However, as Moyes struggled and was eventually sacked by the Red Devils, Fellaini also found it hard to find his feet with the Premier League giants last term.

Mostly used as a substitute and with injuries also affecting his form, many thought the 26-year-old would be shipped off to pastures new over the summer.

But following a strong World Cup in Brazil, Fellaini has worked his way back into the side under manager Louis van Gaal and believes his perseverance is starting to pay off.

He was quoted by the BBC as saying: “I didn’t lose faith in myself. You have to be strong in the head. The mentality is important. My family helped me through it.

“I was also in the national team for Belgium at the World Cup and I played well and the team also played well. For my confidence, that was important. I came back after the summer confident.

United are next in action in the Premier League November 22 when they make the trip to the Emirates to face rivals Arsenal.

The Red Devils are 2.85 to come away from north London with the win, while the Gunners are 2.28 to claim the three points.