Mark Schwarzer – Boro crowd can be the difference 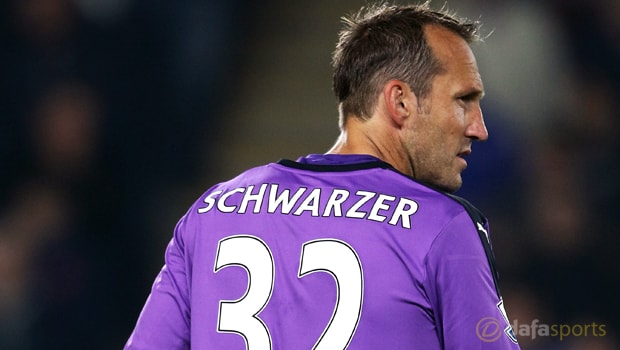 Mark Schwarzer believes the crowd at the Riverside can make a huge difference when Middlesbrough host Chelsea on Sunday.

The Australian wore the gloves for more than a decade on Teesside, making over 400 appearances for the club, while he also briefly featured for the Blues during the latter stage of his career.

Boro impressed last time out as they extended their recent run to three games unbeaten with a 1-1 draw at Manchester City but face another huge test when Chelsea come to town.

Antonio Conte’s men have excelled since the Italian decided to introduce his preferred 3-4-3 formation and will be hoping to further impress after winning their last five Premier League games.

It could be an awkward evening for the hosts on Sunday but Schwarzer believes the Riverside crowd can make a huge difference to the outcome.

The 44-year-old says the stage is set for the home fans to make things as hostile as possible for the Chelsea players, something he feels will give Aitor Karanka’s side a huge boost.

“It’s going to be a really tough game for both Middlesbrough and Chelsea,” he told the club’s official website.

“Chelsea have been in very good form but it’s been the international break so they’ve had a lot of players away all over the world, which is always really difficult.

“Then they have to make the trek up to Middlesbrough which a lot of clubs don’t enjoy doing because of the atmosphere and the hostility, which is always a great advantage as a Boro player.”