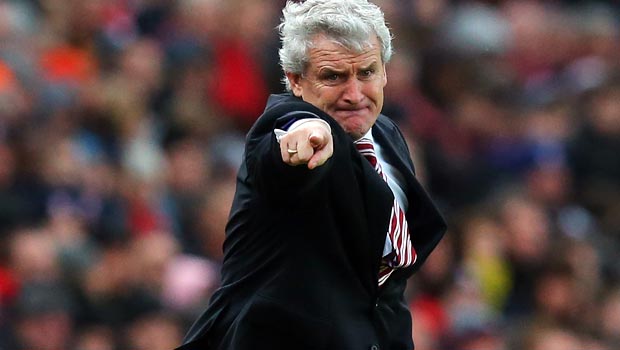 Mark Hughes feels Stoke City are in a position where they can fight it out with the top teams in Europe for the signatures of big-name players.

The Potters chief, who has drafted in Germany international defender Philipp Wollscheid on loan from Bayer Leverkusen until the end of the season with a view to a permanent move, was also linked with a swoop for Bayern Munich star Xherdan Shaqiri.

The Switzerland international instead snubbed the lure of the Premier League, with Stoke and Liverpool said to be interested, by signing a loan deal with Italian Serie A giants Inter Milan ahead of a £12million summer move.

Some eyebrows were raised when Stoke were making a serious attempt to sign Shaqiri, but Hughes insists that they have plenty to offer and agents are willing to listen to them now they have become an established Premier League outfit following promotion in 2008.

Hughes said: “It’s fair to say in the past we’ve said to agents ‘we could be interested’ and the response has always been ‘don’t bother’.
“That was probably the case in previous years, but that’s certainly changed in my time here.

“We’ve brought different types of players here and players talk. They understand what we’re trying to do, the football grapevine is everywhere and we become an option.

“Of course, we need to be in the top half of the table, that’s the key to it, and if you’re a consistent team you are an attraction.

“Don’t underestimate the power of the Premier League as well. We can offer a good club, a well-run club, with good players already here.”