Mario Suarez: ‘Real Madrid as strong as ever’

Posted by Robert Morris on September 6, 2014 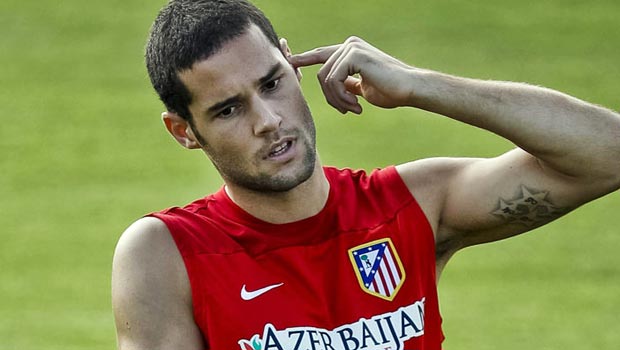 Suarez admitted that the loss of two big-name players would always send shockwaves through a squad, but he believes the new arrivals will quickly help them move on.

Real managed to secure the services of World Cup stars James Rodriguez and Toni Kroos this summer as Carlo Ancelotti looks to build a squad capable of going one better this season and winning the treble.

Los Blancos enjoyed much success last term by winning the Copa del Rey and the Champions League, although they finished third behind Atletico and Barcelona in the race for the La Liga title.

The Spanish giants sanctioned moves for Di Maria to Manchester United and Alonso to Bayern Munich, but Suarez does not feel that they will be affected.

“[Real] Madrid are still playing well. They have lost important players but great players have signed,” he told AS.

“They can mix direct football with possession football. Against a team like this you can’t make any mistakes.

“For me Xabi Alonso has always been a benchmark, one of the best midfielders in the world. They have bought Toni Kroos, who is a great player. They’re both very good.

“Angel Di Maria is gone, but James Rodriguez is there. That’s Madrid’s advantage, they’ve been weakened but they keep fighting for everything.”

Atleti take on their old rivals in the Madrid derby when the season resumes after the international break.

Suarez believes his squad will now be judged more after shocking many to win the title and reach the Champions league final last season.

He added: “We are judged by what we do from now on. We started well, with a trophy [the Supercopa de Espana] and in the league we have four points from a possible six.

“We believed we could win that title and most people didn’t. But it went well.”