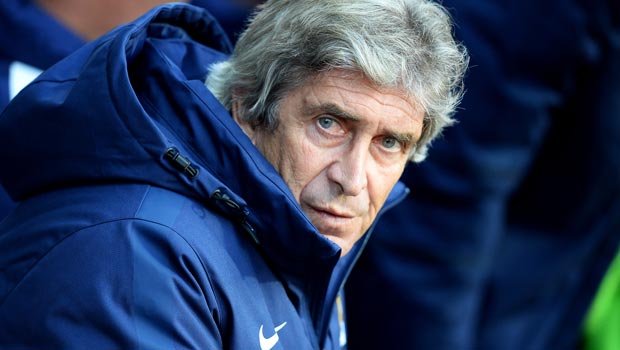 Manchester City boss Manuel Pellegrini has played down his side’s current five-point deficit to Premier League leaders Chelsea and pointed to their poor start to last season before going on to lift the title.

The Chilean tactician was relieved to see his side secure a first league win in four at Hull City last Saturday as the Citizens blew a two-goal lead before going on to triumph 4-2 at the KC Stadium.

However Jose Mourinho’s Chelsea were defeating Aston Villa 3-0 at Stamford Bridge to make it five wins and a draw from their six-game unbeaten start which kept them on top of the table for another week.

But Pellegrini is not pressing the panic button at this early stage of proceedings given that City endured a dismal run of away defeats 12 months ago but recovered to go on and win their second league crown in the space of three seasons.

He said at his Friday press conference: “We are just starting out, although it is not good that we are five points behind Chelsea. But look at what happened last year – we have one point more than last year and Arsenal were maybe six points ahead of us.

“Last year we didn’t win the first three games away, today we have seven from nine from away matches. The important thing is to try playing the same way we did against Hull last weekend.”

Looking to their trip to Villa Park on Saturday, Pellegrini is hoping his side can tighten up defensively and is targeting a clean sheet having conceded five goals in their previous three matches. But he knows it won’t be easy given that City crashed to a 3-2 defeat in the same fixture last season.

Pellegrini added: “Aston Villa have special players, and the team puts us under pressure for 90 minutes so it will be difficult.”

Only Samir Nasri will miss out at Villa as Pellegrini has an otherwise fully-fit squad to select from as City are strong 1.46 favourites to win the game. Villa are available at 7.08 and the draw is on offer at 4.10