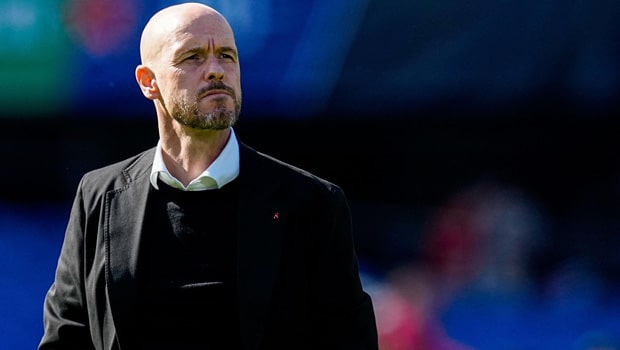 Despite getting a 1-0 victory against Real Sociedad in Spain on Thursday night in the UEFA Europa League, Manchester United may have to face some of the teams that dropped from the UEFA Champions League earlier this week.

Despite the 1-0 victory, Erik Ten Hag’s side failed to get the needed scoreline to secure the top spot in the group.

A 2-0 win would have seen them face a much different opposition as a group winner. Still, the result at San Sebastian means a clash against any of Barcelona, Juventus, Sevilla, Ajax, and Bayer Leverkusen awaits in the UEFA Europa League playoffs round.

Alejandro Garnacho became their youngest-ever non-English goalscorer in Europe, taking the record from George Best by latching onto Cristiano Ronaldo’s through ball and driving towards the goal before firing beyond the goalkeeper’s reach.

The Red Devils probed throughout the first half, with Ronaldo coming closest to a second, lifting the ball over Remiro and onto the roof of the net.

United had David de Gea to thank for keeping their lead intact, displaying sharp reflexes to produce a double-save at the end of the half.

The game and the group remained on a knife edge till the end with clear-cut chances very much at a premium, but neither side could add to the scoreline.

Manchester United’s manager spoke about his disappointment with the result.

“You do not always get what you deserve. Today we won, and I am happy with that and some other things like the performance of Alejandro Garnacho, and Donny van de Beek is back in the team. Of course, we are disappointed we didn’t score two goals.” Ten Hag said.

Manchester United will travel to Villa park to face Aston Villa in the Premier League at the weekend and a cup tie next week against the same opponent.