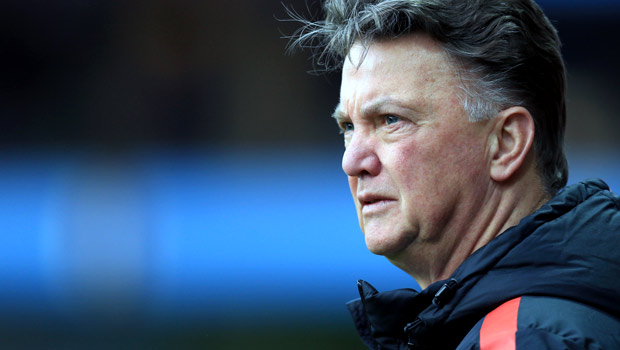 Manchester United manager Louis van Gaal admits his side cannot afford to be held by teams like Aston Villa if they want to challenge for the Premier League title this season.

United missed an opportunity to close the gap on the league leaders at Villa Park on Saturday as they were forced to come from behind and settle for a 1-1 draw, which was earned through Radamel Falcao’s second-half equaliser.

The Red Devils dominated possession with 65% of the ball overall and played the final 25 minutes against ten men after Gabby Agbonlahor was sent off for a bad challenge on Ashley Young.

However, they were unable to extend their Premier League winning run to seven games, leaving them seven points adrift of joint leaders Manchester City and Chelsea, with the Blues set to play Stoke City on Monday night.

“When you want to be a part of the title race, you have to win these games,” said Van Gaal.

“I saw Manchester City’s first half against Crystal Palace, they struggled but 3-0, that is the difference.”

The Dutch boss was convinced that his team were the better side on the day and should have gone home with all three points.

Despite seeing much more of the ball, United were often unable to find a killer pass and struggled to create clear cut opportunities.

Van Gaal continued: “We kept the ball well in the first half but we did nothing with the ball. You have to be creative and effective with the ball – we didn’t do that.”

Manchester United are priced at 1.41 to return to winning ways when they host Newcastle United at Old Trafford on Boxing Day, December 26.