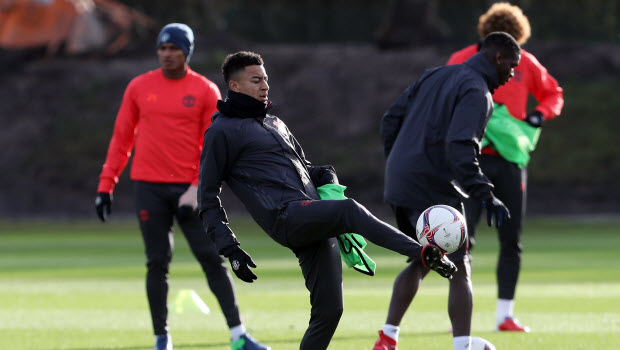 Midfielder Jesse Lingard believes Manchester United still have everything to play for in the Europa League as they prepare to face Feyenoord on Thursday.

The Red Devils have struggled to find any consistency in Europe this season and currently sit third in Group A.

United, who are priced at 7.50 to win the Europa League, have won just twice, against Zorya Luhansk and Fenerbahce, in their four outings so far as they prepare to entertain Feyenoord at Old Trafford.

The Dutch club are top of the Eredivisie and have lost just once in the Europa League as they look to advance to the knockout stages.

However, Thursday’s clash may play a big role in deciding whether they can go any further in the tournament as they hold only a one-point lead over United.

Jose Mourinho’s men will then face Ukrainian outfit Zorya, who are yet to pick up a win, in the final group game in December.

Lingard believes winning the group is still within reach as Fenerbahce are also only one point better off.

He said: “If we get a win on Thursday, I think we’ll then be in a good position to go on and win the group.

“Of course [we can get three points], especially playing at home. We’ll have the fans right behind us and supporting us but either way it’s vital we go out and get a result.

“I wasn’t involved in the first game [in Rotterdam] and watched the game on television.

It looked a tough match, but the most important thing now is to bounce back and win this game for everyone at the club.”