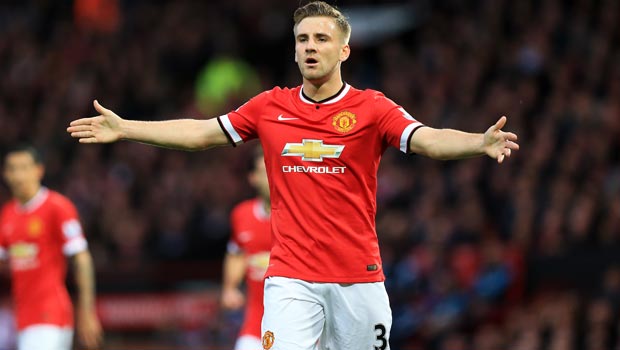 Luke Shaw believes Manchester United can become a ‘scary’ team to face this season and will challenge for the Premier League title ahead of the weekend derby with Manchester City.

United are 10 points behind league leaders Chelsea after nine games but put in a decent performance against Jose Mourinho’s side in a 1-1 draw at Old Trafford on Sunday.

The result prompted optimism from Reds boss Louis van Gaal who praised the ‘fighting spirit’ of his squad while admitting they are heading in the right direction.

Shaw shares his manager’s confidence and believes it would be foolish to rule them out of the title race so early in the season.

“Of course we are still in the title race,” the United defender told Fifa.com.

“It’s a long season and we are at the start of it. You don’t know what will happen during the middle of the season. There will be tough games but we know we are good enough to win them.

“We know we have still got the best to come. I don’t think we are playing our best at the moment and sometimes you saw that against Chelsea.

“It will take time but when we are all on form I think we are going to be a scary team to face.”

United travel to the Etihad Stadium to face Man City on Sunday having lost the last three Manchester derbies but Shaw believes Van Gaal’s new-look United side will be raring to go against their fiercest rivals.

“I’ve watched it for the past years and I’ve seen how much it means to everyone,” he said. “It’s a massive occasion for everyone involved in it. We need to come out firing on Sunday.”

Manchester United can also be backed at 25.00 to win the Premier League this season.