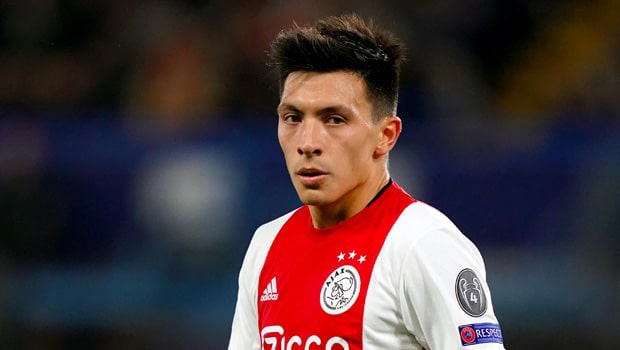 Manchester United confirmed the transfer of Argentine defender Lisandro Martinez who played most recently with Ajax.

“Manchester United is delighted to announce the club has reached agreement with Ajax for the transfer of Argentine international defender Lisandro Martinez, subject to medical, to player terms being finalized, and to UK visa requirements,” an official statement from United said.

Reports indicate Martinez will sign a five-year contract at Old Trafford in a deal worth an initial €57.37 million, potentially up to €67.37m through added incentives. Martinez’s current contract with Ajax runs until 30 June, 2025.

“Yes, I am called the carnicero – The Butcher of ­Amsterdam,” Martinez said earlier this month in an interview. “We Argentines do ­everything with passion and when I go out on the pitch, I fight for every ball. If I have to step over dead bodies, I do it. I want to win every 50-50 situation because I know that I am fighting for food for every member of my family and for my friends. That is the feeling I have – and every Argentinian has. It is the kind of ­motivation I cannot explain.”

Martinez made 120 appearances for Ajax when he joined them from Argentinian side Defensa y Justicia for £6.3m in 2019. He has won seven caps for Argentina since making his senior debut in March 2019.

Martinez is a talented central defender who also adds depth to the roster as a left back or a defensive midfielder.

Martinez is Ten Hag’s third signing of the summer (Tyrell Malacia from Feyenoord, and Christian Eriksen from Brentford).

Reports indicate that United — following the Martinez transfer — will keep pursuing Frenkie de John from Barcelona. There is hardly any momentum in that discussion at the time of publication.

“My favourite position is definitely central defense,” Martinez said in an interview before this move was finalized. “I started out as a midfielder, but I learned all the ­qualities for a central defender who plays in an attacking team under Ten Hag. I can look after myself.”