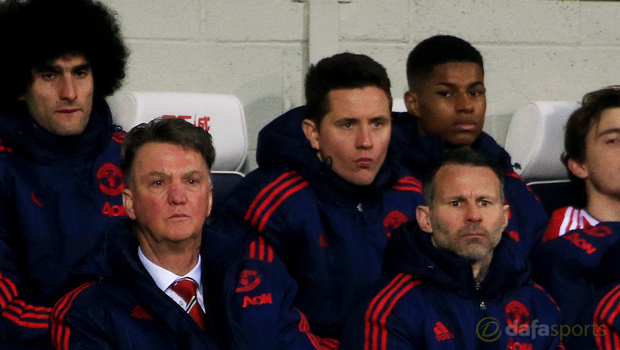 Manchester United coach Louis van Gaal believes the way he has introduced young academy players to his squad will encourage other players to move to Old Trafford in the future.

The Dutchman has been linked with the sack on numerous occasions this season for the club’s lack of attacking football.
However, a recent injury crisis has seen Van Gaal select a number of youngsters who have impressed.

Striker Marcus Rashford has hit the headlines after his scoring exploits but he is one of 11 academy products that Van Gaal has introduced into the first-team.

Although he has been linked with a summer exit, Van Gaal believes his methods will encourage others to join the club.
He told the United website: “When you have me as the manager, you have a lot of chances.

“Also, a lot of players, because of that, are coming next season to Manchester United, because they see that.

“I’m doing always what I think I have to do but, you put yourself in my attention, and then I shall give you always a chance.”

The Dutchman has also shown his support for Rashford to go to Euro 2016, with Roy Hodgson reportedly considering him for his England squad.

Despite recent comments, Van Gaal is adamant that the forward is not too young to play at a major tournament.

He said: “I think Mr Hodgson has answered the question and you are asking again. However, it is never too early. As I have said before: age is not important. Maybe you remember me saying this? Age is not important, it is quality.”