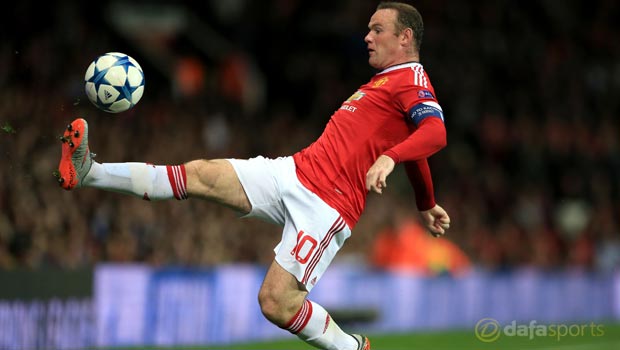 Manchester United captain Wayne Rooney says he is not put off by a slow start to the season in front of goal.

The England striker has been restored to his favoured central striking position by Louis van Gaal this season, but has so far failed to trouble the scoreboard as United battled to back-to-back 1-0 wins over Tottenham and Aston Villa in the league.

The 29-year-old has now gone nine games without a goal for the Red Devils after he was substituted in the midweek Champions League victory over Club Brugge, but he insists he is not affected by any criticism that comes his way.

“I’ve had one bad game this season and everyone’s all over it. I’ve had that throughout my career but hopefully at the weekend I can get off the mark,” said the England captain.

“It’s early on in the season – we’re just three games in. I’ve experienced this criticism before and the goals will come, I know that.”

Rooney, 1.91 to score against Newcastle at Old Trafford on Saturday, says he knows exactly what is expected of him.

“I understand I have to be the one who’s going to lead that line for us and try and find the goals for us,” he said.

Rooney admitted his performance in the win at Villa Park last week was “below my standards” although he will not allow it to stop him focusing on what lies ahead.

“My mind is clear. I know how to play the role. It’s just a case of getting the chances and taking them, which I’m hopefully going to do soon,” he added.

Manchester United are 1.36 to beat Newcastle while they are 2.00 to lead at half-time and go on to win the game.