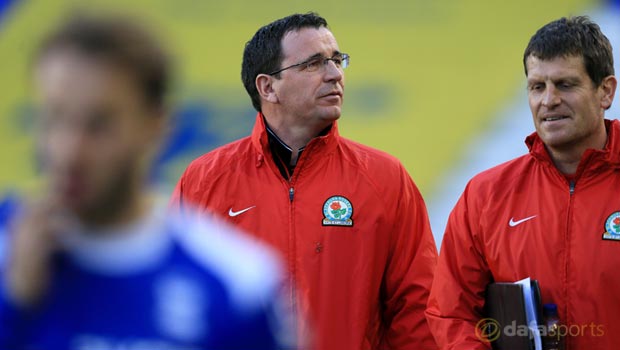 Gary Bowyer says his Blackburn side are learning all the time after they battled back to earn a share of the points against Cardiff at Ewood Park on Tuesday night.

A daunting trip to Brighton is next up for Rovers on Saturday and while they remain without a win in four games this season, Bowyer feels there are plenty of positives to be taken from the performance against the Bluebirds.

Blackburn trailed for much of the game against the Welsh side, Joe Mason having put the visitors in front inside five minutes.

Grant Hanley restored parity two minutes from the end and Bowyer felt it was just reward for the efforts of his players against a good team – although he remains concerned at the manner of some of the goals conceded so far.

“We should have won the game, we had some really good chances,” Bowyer told Radio Rovers.

“I thought we played with a great intensity and a great patience at times and we got the least we deserved.

“I thought we showed great character and desire but we have to cut out these sloppy goals quickly.”

Cardiff are genuine promotion contenders, according to the Blackburn boss, and he says his new-look team is learning all the time.

“They can take a lot of positives from how they have performed, a lot of people are talking Cardiff up and rightly so, but we’ve gone and given them a game and we should have won it,” he added,

“The lads are frustrated but at the same time they are a new team and they are still learning about each other.”

Brighton are unbeaten in three Championship games this season and Rovers are 3.60 to end that run with a win against Chris Hughton’s team on Saturday.