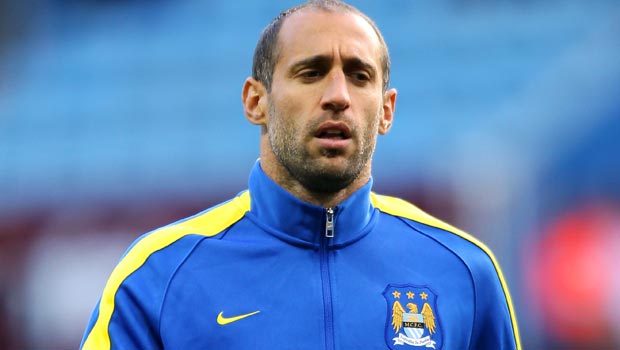 Manchester City’s Pablo Zabaleta insists that the Citizens and Chelsea are not the only teams capable of claiming this season’s Premier League title.

The Blues have made a wonderful start to the campaign, winning six of their seven top flight encounters and are quite rightly the current 1.50 favourites to win the title, with the champions priced second at 3.70.

Despite a few issues in pre-season where they struggled to build their form which culminated in a 3-0 defeat to Arsenal in the Community Shield, Manuel Pellegrini’s men have looked good so far this term and are the only side to have taken a point from the West Londoners.

It means that despite the obvious talents of the likes of Manchester United, Liverpool, Arsenal and surprise package Southampton, the pair are now being tipped to battle it out exclusively between themselves for the title.

City’s next outing comes later this month at home to Tottenham, a clash they are 1.41 to win, with the draw 4.41 and Spurs 7.46 and they will see the match as the perfect chance to lay down a marker against one of the other top four contenders.

With two Premier League winners’ medals already to his name, Zabaleta knows how tough it is to win the title and insists that it will be far more complicated than a straight fight between his own side and Jose Mourinho’s men.

“I think you cannot forget about other teams like [Manchester] United, Arsenal, Liverpool,” he told reporters. “I think Southampton are in good shape at the moment. We just need to think about ourselves and keep working hard to try and win games.

“We know how tough this competition, the Premier League, is. We have won it twice in the last three years and we know how tough it is to win it. Every game is so hard to win, especially playing away from home.”