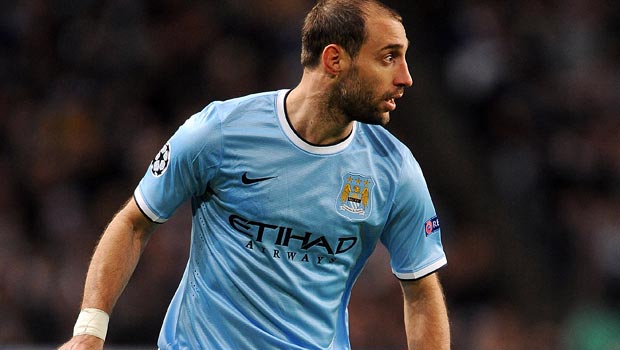 Manchester City defender Pablo Zabaleta believes his side will be in for a tough match when they take on city rivals Manchester United at Old Trafford on Tuesday night.

David Moyes’ men managed to pick up back-to-back victories last week, with wins over Olympiakos and West Ham easing the pressure on the Red Devils boss.

City, who are 3.35 to keep a clean sheet against United, were in fine form at the weekend hammering Fulham 5-0 at the Etihad Stadium as they try to catch Chelsea in the race for the Premier League title.

The 2012 champions have 10 games remaining in the Premier League and, despite being six points behind Chelsea, they have three games in hand on Jose Mourinho’s men.

Manuel Pellegrini will be without Sergio Aguero for the United clash, with the striker still struggling with a hamstring injury.

City, who are 4.05 to win to nil against United with Dafabet, have a difficult week ahead of them, as they travel to Arsenal this weekend following the Manchester derby.

The 29-year-old said: “It doesn’t matter, the situation of United. The game is special for both teams.

“We know Chelsea at the moment are on the top and even if we have got three games in hand, we need to win there and see what happens next game.”