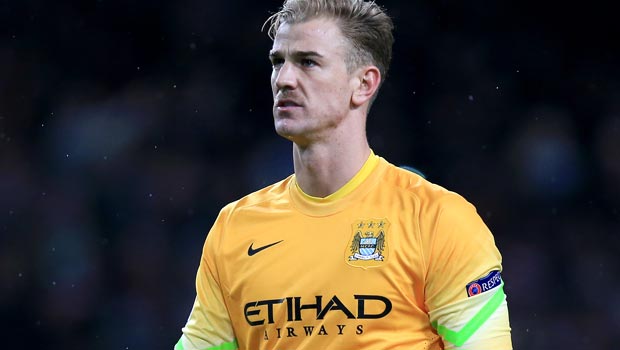 Manchester City boss Manuel Pellegrini has revealed that goalkeeper Joe Hart is close to signing a new deal with the Premier League champions.

The 27-year-old, who originally joined the Citizens in the summer of 2006, has made over 250 appearances for the club in all competitions, and has apparently been in talks with the Sky Blues regarding a new deal since the summer.

The England international’s current deal is due to expire in the summer of 2016, but the new contract would see him sign on for a further five years, following in the footsteps of team-mates Sergio Aguero, Samir Nasri, Vincent Kompany and David Silva who all signed new five year deals in the summer.

The 61-year-old Pellegrini believes tying down the former Birmingham loanee to a new deal is an important piece of business going forward for the four-time champions of England.

It has not always been plain sailing for the stopper under his current boss with the Chilean dropping his number one for a spell last season after a number of high profile errors. Pellegrini then brought in his former Malaga goalkeeper Willy Caballero in the summer to increase competition between the sticks, something that he believes can benefit the 48-time capped England player.

The manager continued: “I think the best way for players to have high performance is when they have important competition. I think that was very useful for him and I am very happy about that.”

City are currently second in the Premier League table and are available at 5.00 to retain their Premier League crown. In Europe they are in a less promising position needing at least a high scoring draw at Roma to progress to the knock-out round and can be backed at 29.00 to win their first European title.