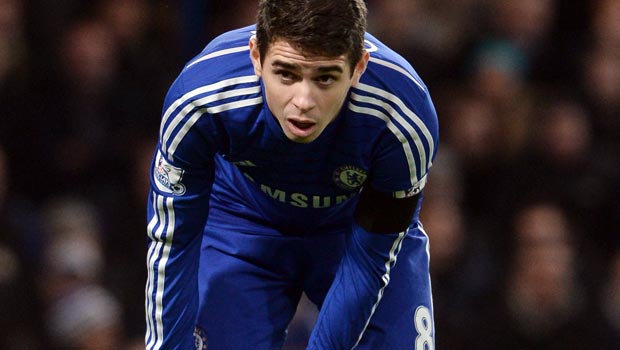 Oscar is adamant that no-one in the Chelsea squad is getting carried away by their impressive unbeaten start to the season, while he says they are determined to keep improving.

The 23-year-old Brazilian, who moved to Stamford Bridge from Internacional for just over £19million in the summer of 2012, has been in fine form for the Blues again this season with four goals from 19 appearances in all competitions.

Oscar’s impressive displays have coincided with a storming start from Jose Mourinho’s side as Wednesday’s 3-0 home win against London rivals Tottenham left the side six points clear of second-placed Manchester City in the Premier League.

It has resulted in suggestions that Chelsea will not be stopped in this season’s title race, but Oscar insists that it is far too early to be talking about silverware given the amount of games that still need to be played.

Oscar feels the difference between last season, when the Blues finished empty-handed, is the summer arrivals of Cesc Fabregas, Diego Costa and Filipe Luis.

Chelsea can be backed at 1.27 to win the Premier League, while they are 6.50 to lift the Champions League this season.