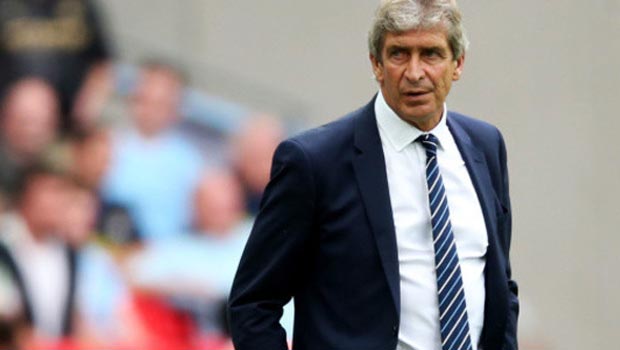 Manchester City boss Manuel Pellegrini pointed the finger of blame at referee Mark Clattenburg after his side had to settle for a 2-2 draw against Arsenal at the Emirates Stadium on Saturday.

The reigning Premier League champions went ahead in the first half of the lunchtime game thanks to a Sergio Aguero effort, only for the Gunners to come back with Jack Wilshere and Alexis Sanchez on target.

A late Martin Demichelis header rescued a point for City, but Pellegrini felt they should have come away from north London with all three.

The Chilean lambasted Clattenburg for failing to spot fouls in the build up to both of Arsenal’s goals and a Wilshere handball that should have resulted in a penalty for the Citizens.

“Arsenal scored both goals with fouls, of course he cost us victory,” Pellegrini said of Clattenburg.

“Their first goal was unbelievable, there was a push on Sergio Aguero but the referee didn’t want to whistle.

“And the second goal there was clearly a push on [Vincent] Kompany when he cleared the ball with a header. That was right in front of the referee as well.

“I think we had more possession and had more chances. On a normal day we had to win this game.”

City have now gone two games without a win but can be backed at 5.31 to bounce back in the Champions League with an opening group win at Bayern Munich on Wednesday. The German champions are 1.61 and the draw is 3.84.