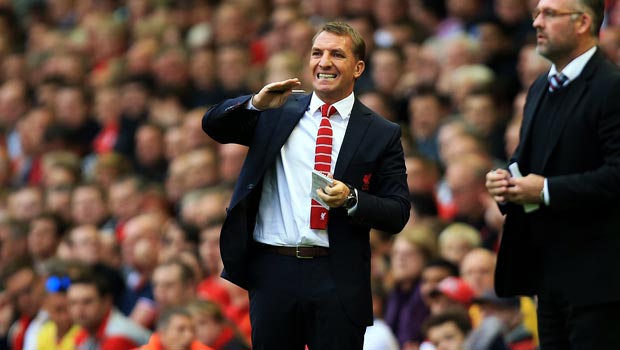 Brendan Rodgers has backed his new-look Liverpool side to gel this season after Saturday evening’s disappointing 1-0 Premier League defeat against Aston Villa at Anfield.

The Reds boss went close to ending the side’s 24-year wait for a league championship last season as Manchester City pipped them to the post.

Rodgers subsequently allowed top scorer Luis Suarez to leave for Barcelona and then spent the proceeds, and more, on drafting in a host of new players to provide more strength in depth ahead of their return to the Champions League.

Six of those new faces, including home debutants Luzar Markovic, Adam Lallana and Mario Balotelli, were in the starting XI on Saturday as Villa ran out winners thanks to Gabby Agbonlahor’s first half effort.

Rodgers bemoaned Liverpool’s inability to break down Paul Lambert’s well-organised Villa defence as they searched for an equaliser. But the 41-year-old is in no doubt that the players will gel into a strong outfit, pointing to the 3-0 win at Tottenham before the international break as an indication of what lies ahead.

“We played against Tottenham and we were outstanding,” he continued.

“The players that we’ve brought in are very good players. We’re delighted with that. We just failed to open them up today.”

Rodgers also defended the decision to name England starlet Raheem Sterling on the bench ahead of the game as he admitted to having one eye on Tuesday’s Champions League group opener against Ludogorets at Anfield.

“If [Sterling] didn’t have international football then it would have been a different case. He came on, he was bright. He’s a big player for us.

“We’ve built a squad here so that I trust all the players. As a team and a squad we just didn’t deliver today. [Sterling] will certainly play on Tuesday night.”

Liverpool are 1.22 to defeat Ludogorets in midweek with the Bulgarian outfit 11.68 and the draw is 6.07.