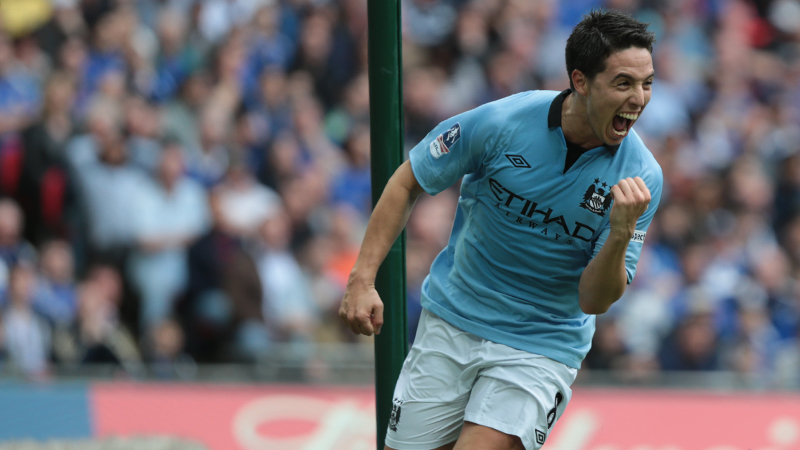 City were clearly in control in the first half and were rewarded by a goal from Samir Nasri. Then Sergio Aguero doubled the lead after scoring from a header just after the restart.

Demba Ba opened the scoring for the London outfit before they applied late pressure, but the defending Premier League champions held their ground to book a cup final date against Wigan Athletic next month.

In a surprise move, Roberto Mancini put Costel Pantilimon between the goalposts instead of England number 1 Joe Hart – however, the Romanian had little to do as City were in control for most of the match.

Petr Cech had to pull off saves in order to keep Chelsea in the match in the opening minutes, saving early attempts from Aguero and Carlos Tevez.

Luck appeared to be on City’s side as well as Nasri’s goal came from a deflection of Cesear Azpilicueta to give them the 1-0 lead.

However, Chelsea had their share of good fortune as well, as James Milner took a shot which beat Cech, but hit Aguero to deflect the shot that was surely goal-bound.

When the second half started, City immediately resumed their domination and doubled their lead just after two minutes.

Gareth Barry played a ball into the box, which was met by Aguero before the Argentine’s superb header left Cech helpless to reach for the ball.

Chelsea were given a lifeline as David Luiz played a long ball, and Ba played Vincent Kompany well enough to attempt an acrobatic shot to direct the ball into the corner to cut the lead to one goal.

With time left to mount a comeback, the Blues seemed to respond to the challenge. They could have leveled after a counter attack but Pantilimon was up to the task to palm the ball away.

Chelsea continued to press to extend the match but ultimately failed as City held on to claim the victory.