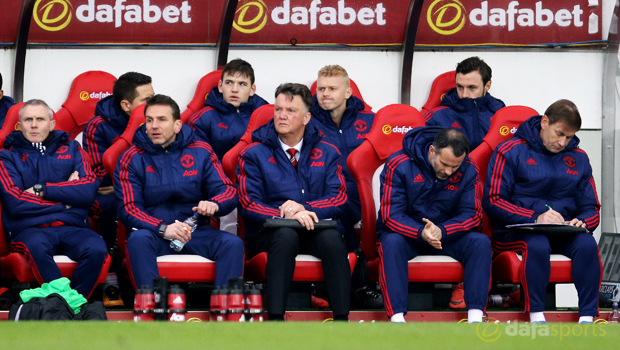 Wayne Rooney has once again insisted Louis Van Gaal is not to blame for Manchester United’s poor performances this season and the captain says the players must start taking more responsibility.

The Red Devils have endured a topsy-turvy campaign so far and a charge for the Premier League title seems to have drifted away after Saturday’s 2-1 loss to Sunderland.

United have won just one match in their last four league outings and the pressure, like it has been for much of the season, is firmly on the shoulders of Van Gaal.

Failure to qualify from the group stages of Europe’s elite competition this term has also added to the uncertainty regarding the Dutchman’s future at the club, with former Chelsea boss Jose Mourinho being linked on numerous occasions with the Old Trafford post.

However, Rooney has stepped in to defend Van Gaal in his time of need and the skipper admits the players need to start shouldering more responsibility.

“At times it’s been frustrating for us as we’ve under-performed and actually the manager has taken a lot of stick for some performances,” he said. “It’s down to us – we’re players and we have to perform.

“At times this season we haven’t done that. In terms of that, we’ve probably got off quite lightly and the manager has taken a lot of it.”

United could qualify for the Champions League next season if they manage to win the Europa League and they are in action on Thursday in the first-leg of their last-32 clash at FC Midtjylland.

The hosts are big outsiders at 5.50 to pick up the win, a draw is priced at 3.80 while the visitors are the firm favourites at 1.62 to take a lead back to Old Trafford.