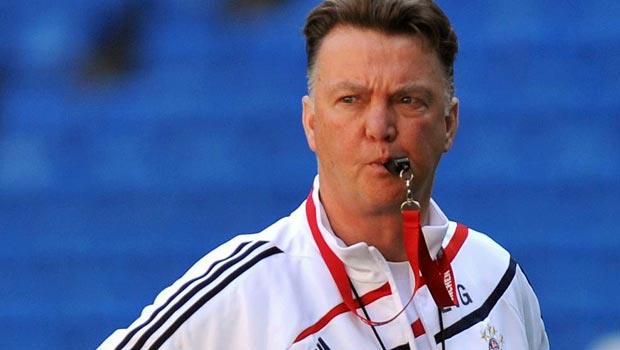 Louis Van Gaal is the early frontrunner to become the next Manchester United manager after the club confirmed that David Moyes has left the club after just 10 months in charge at Old Trafford.

Following a day of strong speculation surrounding Moyes’ future on Monday, the club have wasted no time on Tuesday morning in confirming that the man, who was hand-picked by Sir Alex Ferguson to succeed him when he stepped down last May, has departed.

Despite United’s desire to give Moyes as long as possible to prove to be a success, having handed him a six-year contract, it appears the owners have lost patience after a dismal campaign under his leadership.

Having failed to mount a defence of their league title, the 2-0 loss to Moyes’ former club Everton on Sunday confirmed Manchester United would not play Champions League football next season and they look set for their lowest league finish since the formation of the Premier League.

It was the final straw for the Glazer family and a statement on the United website said: “Manchester United has announced that David Moyes has left the Club.

“The Club would like to place on record its thanks for the hard work, honesty and integrity he brought to the role.”

The work now begins to find a long-term successor with current Dutch national coach Van Gaal heavily tipped to be the man to replace Moyes given that he is planning to take another job after the World Cup and confirmed his desire to try his hand at working in England.

Borussia Dortmund coach Jurgen Klopp has also been mentioned, while United legend Ryan Giggs will take over the reins as interim boss until the end of the season and he might also be considered for the role on a permanent basis if he picks up some good results.

United’s first game without Moyes is Saturday’s visit of Norwich and they are 1.41 to win, the Canaries are 5.93 and the draw is 4.50.